“Injustice anywhere is a threat to justice everywhere. We are caught in an inescapable network of mutuality, tied in a single garment of destiny. Whatever affects one directly, affects all indirectly.”  Dr. Martin Luther King, Jr.

AAUW Florida joins the country in mourning the recent losses of George Floyd, Ahmaud Arbery, and Breonna Taylor, as well as the many earlier losses that have included Floridians like Trayvon Martin and Jordan Davis.  These and countless other people of color have been unjustly killed across our nation because of systemic racism and persistent attitudes that Black and Brown communities are less deserving of basic human and civil rights.

These deaths reflect deeply ingrained, long-standing divisions in our society. And they come at a time when the pandemic has given rise to hate around the world, with rampant acts of violence across the nation, and the spread of misinformation, racial stereotyping and fear.

Therefore, we pledge to advocate for racial equality; petition our policy makers to focus on the range of actions needed to respond directly to race and gender biases; and support our National organization’s efforts in advancing policies and systemic changes that address public safety, effective community policing, and racial and economic oppression. 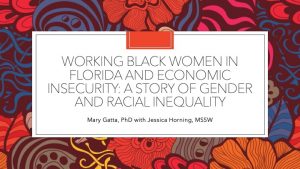 Working Black Women in Florida and Economic Insecurity:  A Story of Gender and Racial Inequality

The full report can be found on the Women’s Economic Security page under the  Advocacy tab. 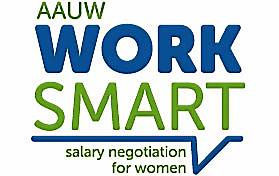 Chances are, you deserve a raise. This free online course will give you the tools you need to successfully negotiate and close the pay gap for women everywhere. Register today!

Celebrate the 100th Anniversary of Women’s Right to Vote!

Visit the Women’s Vote Centennial page for valuable resources and ideas from other branches to enhance your celebration!